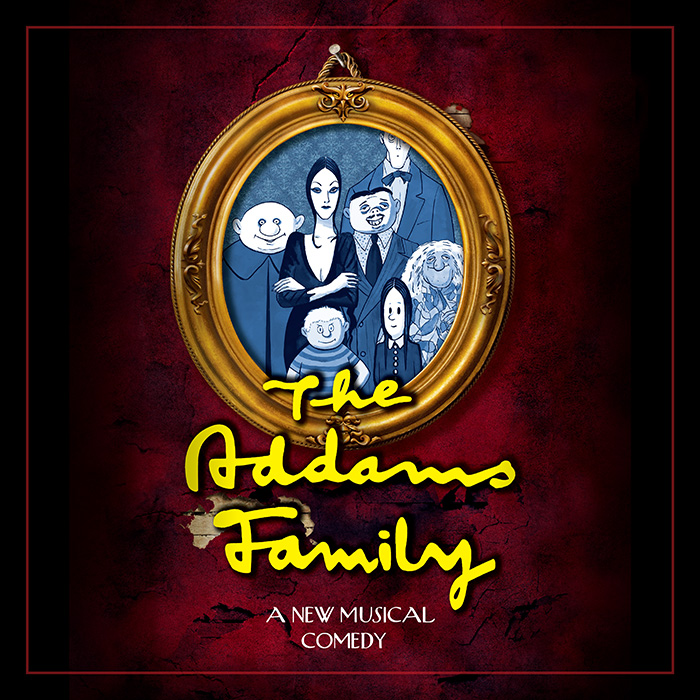 The Addams Family is comical feast that embraces the wackiness in every family! Wednesday Addams, the ultimate princess of darkness, has grown up and fallen in love with a sweet, smart young man from a respectable family--a man her parents have never met. And if that wasn't upsetting enough, Wednesday confides in her father and begs him not to tell her mother. Now, Gomez Addams must do something he's never done before: keep a secret from his beloved wife, Morticia. Everything will change for the whole family on the fateful night they host a dinner for Wednesday's “normal” boyfriend and his parents.

The Addams Family has a book by Marshall Brickman and Rick Elice, with music and lyrics by Andrew Lippa.

“This show felt like not only the perfect big musical to kick off our season, but also the perfect show to bring us into the Halloween season,” said Williams. “The Addams Family has been a staple of popular culture for over 80 years, from the original cartoons to the television show and movies. Though small details change in each various iteration, the characters are always the same ones we know and love.”

Individual tickets to The Addams Family are $16. Tickets are currently on sale at www.riverland.edu/tickets 24 hours a day, seven days a week. The online ticketing system allows customers to pay by Visa, MasterCard, American Express or Discover. The campus box office will be open for in person sales in the theatre lobby one hour prior to each performance. Riverland students receive two free tickets with a valid student ID. Contact the box office at 507-433-0595 or by emailing boxoffice@riverland.edu.

Riverland Theatre strives to provide quality productions that are entertaining and challenging to both the audience and the artists.  Because we reach such a diverse audience, some audience members may find some subject matter, language, or situations objectionable. If you have concerns about a specific production, we encourage you to become familiar with the material before attending the performance.

Riverland’s Theatre Department is a high-energy performance-oriented program. Plays produced vary from classical tragedy to modern comedy and from full-scale large cast musicals in intimate small cast plays. Students are encouraged to get involved in all areas of theatre production including, but not limited to, acting, stage managing, set building and painting. Strong academic offerings provide challenges in and out of the classroom.